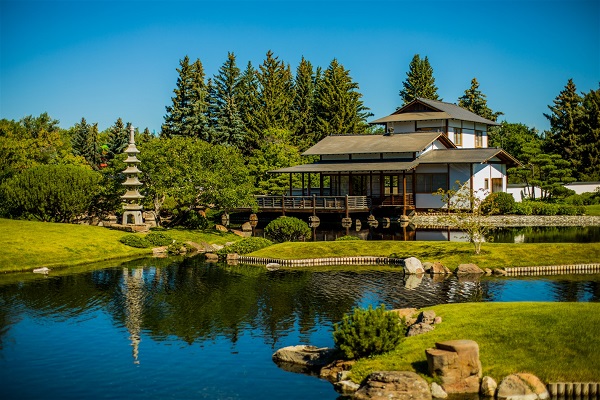 Established during Canada’s Centennial in 1967, Nikka Yuko was built to recognize contributions made by citizens of Japanese ancestry to the multi-cultural community of Lethbridge, Alberta, and as a symbol of international friendship.

Its name was created from the Japanese words Ni (from Nihon meaning Japan), ka from Kanada or Canada, and Yuko, which translates as "friendship" to mean “Japan-Canada friendship”.

The idea for Nikka Yuko began with a small group of people: Reverend Yutetsu Kawamura, a Canadian Buddhist priest, his wife Yoneko, and Cleo Mowers, publisher of the Lethbridge Herald. Their vision was to create a Japanese-style garden that reflected the magnificent mountain and prairie scenery of southern Alberta.

In Japanese garden design philosophy, nature is interpreted through abstract and artistic symbolism, which results in a very intriguing landscape.

When Kurt Steiner, the manager of the city tourism organization, heard the idea, he immediately promoted it, and the surrounding community came together to champion a unique event in a small Canadian city.